Care.com. “Where to Find Help for Single Mothers.” June 2015

Parents. “How to Transition from School to Summer Mode.” June, 2015

Yahoo! Parenting. “What Does the ‘Sports Illustrated’ Cover Teach Our Kids?” February 6, 2015

Christian Science Monitor. Stephanie Hanes. “The Case for Boredom: When a Crayon Is Better Than an IPad.” October 20, 2013.

The Loop. Neil Hedley. “Are you Raising a Violent Kid? How to Intervene NOW?” Toronto, Canada. August 2, 2013.

Yahoo! Shine. Beth Greenfield. “What We Can Learn from Teen Mom Who Waxed 3-Year-Old’s Eyebrows.” January 8, 2013.

BestofYouToday.com. “In an Age of Children Maturing Too Quickly, Is It Possible to Stop the Clock of Innocence?” August, 2011.

The Insider. Andrea Pyros. “Girls, beauty and pressure to look right: How parents can navigate the pressures and when to say ‘yes’ or ‘no’.” July, 2011.

Richmond Times Dispatch. Stacy Hawkins Adams. “LIFE NOTES: Too much, too soon for kids.” May 1, 2011.

Parenting Magazine. Deborah Pike Olsen. “Having the Sex Talk: Is Your Tween Too Sexy Too Soon?” March, 2011.

New Hampshire Public Radio. “The Exchange” radio show. Sexualization of girls in the media and how parents are dealing with it. October 25, 2011.

Community Health Magazine. Emily Schmitt. “Too Hot for Teens: How to Manage Your Child’s Exposure to Our Sexual Society.” October, 2011.

The Charlotte Observer. Christina Bolling. How girls and their parents can navigate the rocky road of today’s sexualized childhood. October, 2011.

Community Health Magazine. Emily Schmitt. What to do about sexualization of girls. September 2011 Issue. 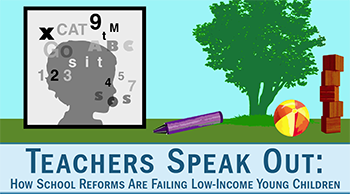 Diane Interviewed in the Boston Globe

What parents and teachers really want from one another.

A back-to-school wish list has both sides looking for better communication.

Here’s Why Preschool Suspensions Are Harmful

Facing the Screen Dilemma for Educators

Children thrive and learn through play and interaction, yet teachers more and more combat pressures to use digitial technologies in their classrooms. Created by the CCFC in concert with the Alliance for Childhood and TRUCE, "Facing the Screen Dilemma: Young children, technology and early education," is "the first guide designed to help early educators make informed decisions about whether, why, how, and when to use screen technologies with young children." Download it for free now!