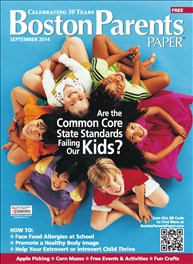 If you are the parent of a young child, chances are you have seen firsthand that kindergarten has changed dramatically since you were young. There has been a well-documented, though highly controversial, push-down of academics into the earlier years. If your child is just now entering school, you may not have experienced this change – though you may have heard much debate about the Common Core State Standards.

Even comedian Louis C.K. added his ideas to the debate when he tweeted, “My kids used to love math. Now it makes them cry. Thanks standardized testing and Common Core!”

Our organization, Defending the Early Years, is deeply concerned about the current direction of early education in the United States. We hear stories all the time from teachers who are struggling to balance the reform mandates with what they know is best for young children. One teacher told us with regret, “I am being forced to shove academics down the throats of 4-, 5- and 6-year-old children. I used to be proud of my teaching – now I feel that I am being forced to do wrong by my students every day.”

“Each year, I have been required to spend more time attending classes and workshops to learn about new academic demands that smack of first and second grade, instead of kindergarten and Pre-K. I have needed to schedule and attend more and more meetings about increasingly extreme behaviors and emotional needs of children in my classroom; I recognize many of these behaviors as children shouting out to the adults in their world, ‘I can’t do this! Look at me! Know me! Help me! See me!’”

Families have shared similar stories. Their children have belly aches and cry due to the stress from overly-academic programs. A grandmother, whose grandson attended kindergarten in the Greater Boston area, reports, “My 5-year-old grandson adored his play-based preschool, but it was different when he started an all-day, very academic, public school kindergarten. From the first day, he had mostly worksheets and table tasks, which, he said, were ‘hard.’ On the fifth day of kindergarten, he refused to go to school, locked himself in his bedroom and hid under his bed!”

At Defending the Early Years, we have been working to help teachers and parents understand the inappropriateness of the Common Core State Standards so they can speak up about classroom practices and assessments. The following is a well-researched look at our most serious concerns.

1. The Common Core State Standards are developmentally inappropriate for young children. They were developed by mapping backwards from what is required at high school graduation to what should be taught in the early years. This has led to standards that do not match what we know about how young children develop, think or learn and that often require them to learn facts and skills before they are ready. As a result, the diverse needs of the whole child are often devalued – especially the cognitive, social, emotional and physical development that comes from direct, hands-on experiences in play, art, music and more. These activities build the essential foundation young children need for more effective academic-skill learning later on.

2. Many of the skills mandated by the Common Core wrongly assume that all children develop and learn skills at the same rate and in the same way. The “One Size Fits All” curriculum fails to recognize that each child perceives and approaches the world differently, often taking different routes to reach the same ends. For example, the average age that children start walking is 12 months. Some children begin walking as early as 9 months and others not until 15 months – and all of this falls within a normal range. Early walkers are not better walkers than later walkers.

3. The Common Core standards are measured using too frequent and inappropriate assessments. States are required to use computer-based tests, such as Partnership for Assessment of Readiness for College and Careers (PARCC). This is leading to mandated computer use at an early age and the misallocation of funds to purchase computers and networking infrastructures in school districts. Assessments of young children should be informal and take into account the broad-based nature of young children’s learning, not isolated skills, and the natural developmental variation in all areas of young children’s growth and development.

4. Early childhood educators did not participate in the development of the standards. The Common Core State Standards were written without the participation of a single K-3 classroom teacher or early childhood education professional. When they were first released, more than 500 early childhood professionals signed a Joint Statement opposing the standards on the grounds that they would lead to long hours of direct instruction and more standardized testing, and would crowd out highly important active, play-based learning.

5. There is a lack of research to support the current early childhood Common Core State Standards. They do not build on well-known, long-term studies about early childhood development. There is no convincing research showing that certain skills or bits of knowledge, such as counting to 100 in kindergarten, will lead to later success in school. There was no research on how to effectively train teachers on implementing the standards. Additionally, they were not pilot-tested, and there is no provision for ongoing research or review of their impact on children and on early childhood education.

6. The standards do not take into account the needs of today’s young children. Young children learn best when their cognitive, social, emotional and physical selves become highly engaged in the learning process. Hands-on, play-based activities, with materials that can be used in multiple ways, engage the whole child in solving unique problems. A curriculum focused on discrete academic standards and goals, like what we see in schools today, compartmentalizes learning in ways that do not match how young children learn.

Many of today’s children are overexposed to electronics and screens, and overly scheduled so they lack opportunities for sustained, unstructured free play and especially outdoor play in nature. This reduction in quality play time has, in turn, led to deficiencies in many of the essential foundational skills that develop through play: executive functioning, self-control, persistence, creativity, problem-solving and flexibility. Thus, for solid foundations to be laid for optimal learning later on, quality play experiences in the early school years and teachers who are skilled facilitators of play are needed now more than ever.

What Parents Can Do

Geralyn Bywater McLaughlin is director of the Defending Early Years project, which seeks to organize the early childhood community to promote appropriate policies and practices in the education of young children. She is a founding teacher at Mission Hill School in Boston. Diane Levin, who authored Beyond Remote-Controlled Childhood (NAEYC, 2013) and Nancy Carlsson-Paige, author of Taking Back Childhood (Plume, 2009), are founders and senior advisers of the project. Carlsson-Paige is professor emerita at Lesley University and Diane Levin is a professor of Early Childhood Education at Wheelock College. For references and resources, please visit deyproject.org.